Sky News Australia has launched a TikTok account — and has tapped an anti-lockdown, anti-vaccine climate sceptic to be the face of the network.

Since 2019, News Corp Australia’s television network Sky News Australia has built an enormous digital presence on platforms like YouTube and Facebook off the back of its opinion video content. Now, it’s got its sights set on the newest tech behemoth, TikTok and it has picked up reactionary millennial Carla Efstratiou to be the face of its account.

Earlier this month, the network quietly launched a TikTok account sharing clips of public figures like politicians and celebrities, excerpts from its opinion programming and some original content.

Save 50% when you join Crikey as an annual member today. 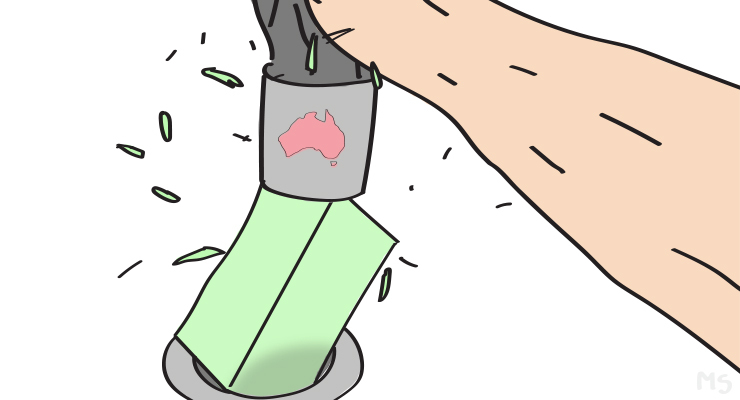 Much like the channel’s YouTube videos, the vast majority of the TikTok videos are about international culture war takes on topics like Joe Biden and Meghan Markle. Many of the account’s captions eschew an objective news tone for an outright partisan voice.

A video from Andrew Bolt’s show talking about Meghan Markle is captioned “The irony of a privlidged (sic) TV presenter calling out the queen for colonialism she never comitted (sic)”. Another video of Kamala Harris speaking is captioned “Secure border? It was more secure under Trump and you want to get rid of the wall.”

Efstratiou has frequently appeared in the media as a small business owner and as a young conservative. In 2012 she wrote about how she was a dyed-in-the-wool Liberal voter and Alan Jones listener with a picture of Margaret Thatcher next to her bed and a crush on Malcolm Turnbull. In 2014, she earned the ire of the triple j audience by saying there’s no reason to be homeless and arguing against spending money on the environment.

Now in her early thirties, Efstratiou launched a TikTok account called @gowokegobrokeaus (naturally) where she riffed on news with her reactionary views. With just more than 11,000 followers — a reasonable but not enormous number — Efstratiou seemed to mostly evoke criticism and rebuttal from TikTok audiences.

Some of her previous videos include: 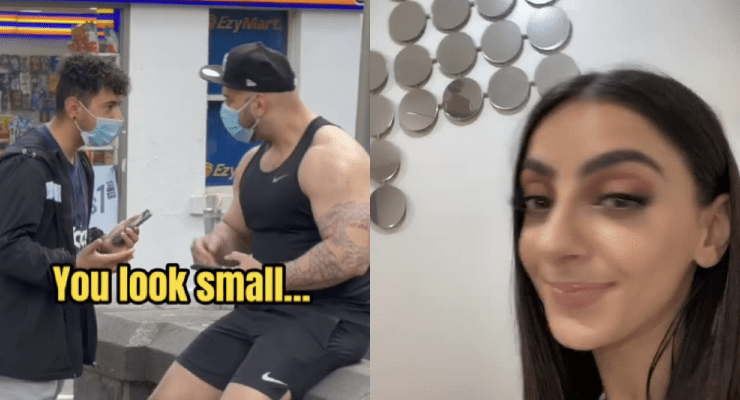 Far from toning down her views — which wouldn’t be out of place on Sky News’ Outsiders show — Sky News Australia has brought her on board to replicate her lo-fi, unpolished videos on their channel.

On the Sky News Australia account, Efstratiou has said that Lisa Wilkinson shouldn’t cover the queen’s funeral because of her husband, Peter FitzSimons, and his links to the Australian republican movement; called Greens senator Mehreen Faruqi “dumb” for saying that Queen Elizabeth II was the head of a racist empire; and slammed Lizzo’s promotion of body acceptance as “promoting unhealthiness”.

Neither Efstratiou nor Sky News Australia responded to Crikey‘s inquiries.

Notably absent from Sky News’ TikTok debut is their original, Australian news content. Key network figures such as Kieran Gilbert, Andrew Clennell and Laura Jayes are nowhere to be seen.

Sky News’ early returns are promising. The network’s account nearly has 7000 followers already, with a handful of viral videos of repurposed clips from their television hosts and from Efstratiou’s original content, in less than two weeks.

The network was able to grow enormous YouTube and Facebook audiences by pumping out emotive culture war content at scale targeted at international reactionary right-wing audiences that had the veneer of the respectability of a cable news network. On TikTok, it appears they’re repeating that strategy yet again with a young, TikTok-native conservative at the top.

Crikey is news for readers who can handle the truth.

We’re amazed by the support we’ve had from all over the world over the past few weeks — and thank you if you contributed to our defence fund.

Just in case you’ve been meaning to subscribe, we’re keeping the 50% discount on for a little longer.

The Nexus 6P was the blueprint for Google’s Pixel ambitions

Salary dumps, Jackson’s WA choice, and will the Roos crack on JHF? Six burning questions ahead of the AFL Trade Period