Biden, who rarely gives interviews, spoke to CBS’ “60 Minutes” on a segment that aired Sunday. He said he wondered how “one can be so irresponsible” when he heard about classified documents from the White House.

Biden added: “And I thought, what data was out there that could compromise sources and methods?”

The president said he was not given a warning before Trump’s estate was searched, and he did not ask for details “because I don’t want to get involved in whether or not the Justice Department should move. certain actions they might take.”

The FBI says it needed about 11,000 documents, including about 100 with classification markings, that were found in a storage room and office while serving a court-authorized search warrant at the home on Aug. 8. Weeks after the search, Trump lawyers asked a judge to appoint a special captain to conduct an independent review of the administration.

The order says federal agents were investigating possible violations of three different federal laws, including one governing the collection, transmission or loss of defense information under the Espionage Act. 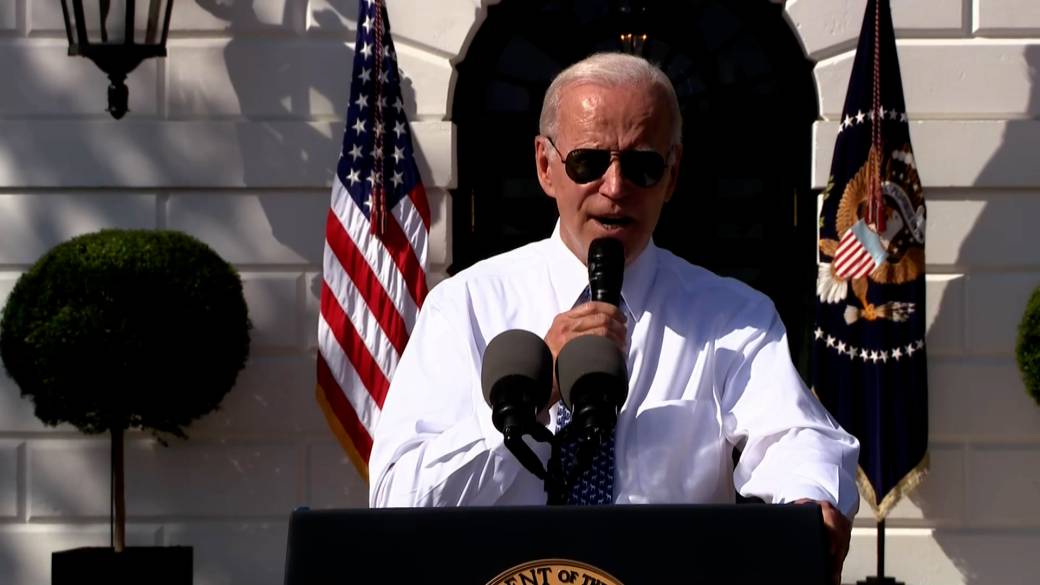 Biden told “60 Minutes” that he wondered how “one could be so irresponsible” when he learned that classified documents were stolen from the White House.

“And I thought what data was in there that could compromise resources and methods?”

In the extended interview, the president would not commit to being re-elected in 2024, although he has said in the past that he intends to.

“My intention, as I said to begin with, is that I would run again,” he said. “But it’s just an intention. But is it a firm decision that I will run again? That remains to be seen.”

Biden was asked about growing concerns that Russia’s attempts to seize Ukraine could inspire Chinese leader Xi Jinping to attack Taiwan. The island is recognized by the US as part of China, but has its own democratic government. Xi and Russian President Vladimir Putin met last week.

Biden again said that US troops would respond “if there were in fact an unprecedented attack”.

Joe Biden sets goal to end cancer ‘as we know it’, hopes for ‘national target’

White House officials later said official US policy had not changed and would not say whether US troops would be called up to defend Taiwan. Biden has made the claim before, but the statements come at an increasingly tense time for US-China relations, especially after House Speaker Nancy Pelosi’s trip there last month.

Beijing sees official US contact with Taiwan as an encouragement to make the island’s decades-old de facto independence permanent, a move Biden and other US leaders say they do not support.

The president said the US commitment to Ukraine was “cast iron” and would remain so “while it lasts”. Ukrainian forces are engaged in a counter-offensive that has reclaimed towns and cities from Russian forces. But the toll the war has taken is enormous and new atrocities are being exposed, including torture chambers and mass graves. Since January 2021, the US has provided more than $13.5 billion in security assistance to Ukraine.

Buccaneers statement on Week 4 vs. Chiefs